AT NIGEL JAMES ELITE COACHING, WE TEACH PROGRESSIVE FOOTBALL AND THE ART OF BECOMING AN ELITE PLAYER.

The difference between Nigel James and other coaching academies is the track-record in successfully developing players to a stage where they are picked up by professional clubs.

As well as following the same three phases of the EPPP (Elite Player Performance Plan) as professional clubs, players at NJEC also represent teams in leagues and tournaments which, along with the training sessions, are frequently attended by scouts.

"THE NIGEL JAMES ELITE COACHING PROGRAMME IS ABOUT PURE BALL MASTERY AND DELIVERY WITH PANACHE, TO ULTIMATELY CREATE ELITE TECHNICIANS OF THE GAME."

Powered by Off the Pitch Media

All players attending the Nigel James Elite Coaching Programme will receive a Players Handbook and be given a full training kit. 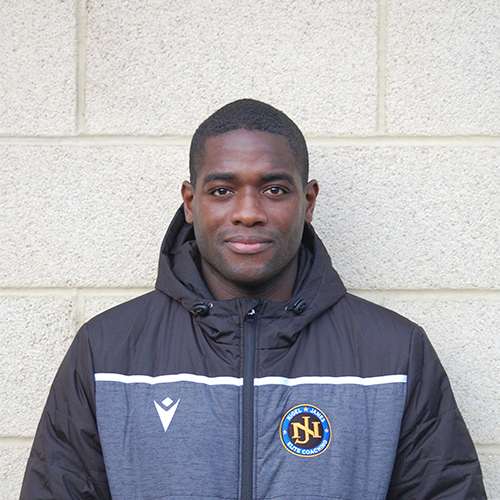 Luke started his football career at Protec Football Academy, where he was picked up by Barnet. At 17, he signed for Tottenham Hotspur U18s before penning his first professional contract at the age of 18 with Bradford City, where he scored the winning goal with his first touch in senior football.

Luke then went on to play for Barnet, Aldershot, Mansfield Town, Lincoln City and Kidderminster Harriers before a long-term injury put his playing career on hold. This saw Luke embark on his coaching journey with Nigel James Elite Coaching back in 2012, where he was handed the platform to learn and develop his coaching skills.

Luke now specialises in technical development and has worked at academies such as Crystal Palace FC, Chelsea FC and Fulham FC Foundation. Currently in the last stages of the UEFA A license course, Luke has a great rapport with every single player at Nigel James Elite Coaching. He takes time to get to know each individual and thrives in bringing the best out of the players both on and off the pitch.